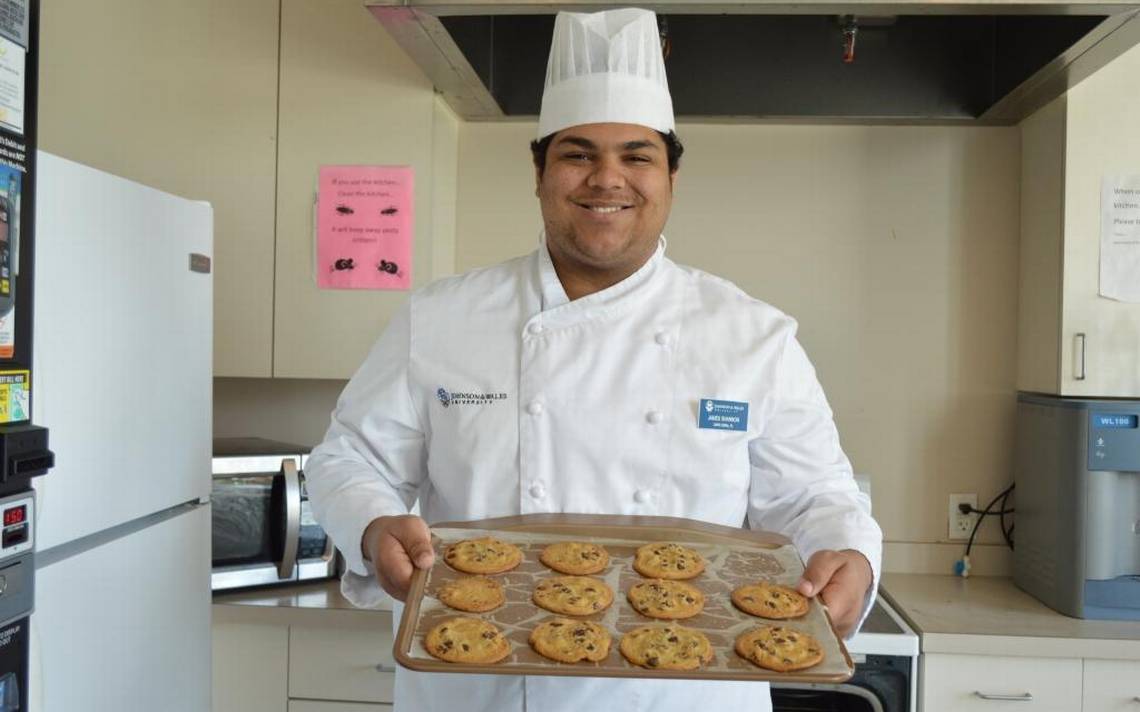 Being a college-age business owner is not a new concept, but one Johnson & Wales University student is baking up a sweet twist in his journey as an entrepreneur.

Shannon is slowing building his company from the ground up. He currently bakes in the kitchen of his on-campus North Miami dormitory and uses social media and networking events to sell his treats. He has been sharpening his skills since he was a 4-year-old child in Cape Coral baking with his grandmother. He said he has big goals for the future of his business.

“I see my business as the start of a great empire,” said Shannon. “So, right now, the business is starting out of the dorm room. But, just like Facebook and so many other businesses, I am thinking so far ahead that where I am right now just adds to the story. But I see myself, as far as the business is concerned, having a few locations, focusing on e-commerce … and weddings.”

Shannon, a freshman-going-on-sophomore, has only been in business for four months but he has already hit the ground running, aiming for success. So far, he credits his happiness being a business owner to his customers.

“I would have to say the reaction that people have when they taste my product,” Shannon said of what makes him proud to be self-employed. “They see me: I am a 19-year-old kid. They think I do not know what I am doing but then they bite into the cupcake and their eyes light up and a smile appears on their faces.”

“I met James last month at the UM [University of Miami] building and I have not been able to get enough,” Anderson said. “He really has a gift for baking and I like it because it is different.”

Breaking Bread prices vary based on the product. Cakes range from $10-$20; cupcakes cost about $9 for a half-dozen to $36 for three dozen.

Shannon said that he hopes to provide a unique experience with his products that ultimately give his customers a feeling of the past.

“The quality of the product is of such a high esteem that when you taste it, you know that no corners were cut,” said the food entrepreneurship major. “It was not sitting for the last day or two, it is not dry. So that is what I am trying to leave and a feeling of nostalgia. Kind of bring them back, so when they taste my products that is all that they are focusing on. They are not thinking about projects or work tomorrow or the stress that they had trying to put on the party. They just focus on the cupcake or cookie, and focus on how awesome it taste.”