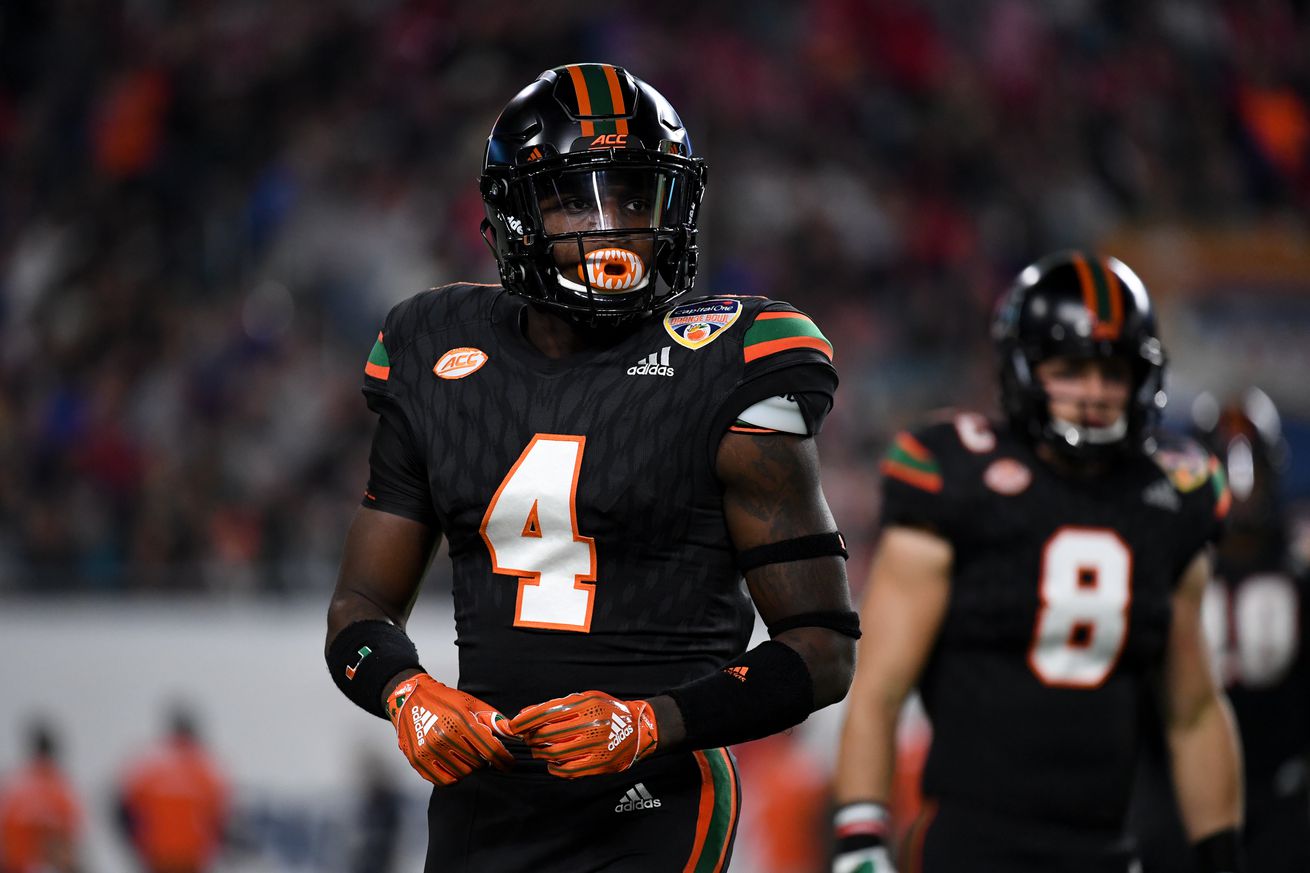 There’s a new wave coming to the receiver position at Miami, but the upperclassmen still have the upper hand.

This season, the Canes will boast a very talented young group of wide receivers. With Ron Dugans returning for his third year as the team’s wide receiver coach and co-offensive-coordinator, the sixteen players entering the season has the right coach to put them in the perfect position to build their skills and become human highlight tapes on the field. However, with six upperclassmen and nine freshmen added to the mix, the starter position is really up for grabs. Fortunately, whoever gets it will probably beast out. The receiver position has been yet another NFL-pipeline position in Miami in the past, but the expectations of reaching their first College Football Playoff national championship are high. Add this with the fact that their first game is against an SEC school in the season opener, as well as playing Virginia Tech, Georgia Tech, and those mediocre Pittsburgh Panthers.

The upperclassmen returning this year definitely has the swagger and skills to pull off great catches and possibly make an NFL run. For now, though, it’s more important to finish the season successfully and lead the next generation of receivers that are arriving on campus. Currently, the big wigs that will return to the U’s roster in 2018 are Ahmmon Richards, Jeff Thomas, Mike Harley, Lawrence Cager, Marshall Few, and Darrell Langham. Richards and Cager have been struggling with injuries in 2017, but still showed moments of brilliance when they did step on the field. Jeff Thomas, a true freshman last year, probably showed the most potential with 2 touchdowns and 249 yards. That may not sound like a lot right now, but he was a major weapon against Georgia Tech, Virginia, North Carolina, Syracuse, and Wisconsin in the Orange Bowl this season. With all of this talent returning, it is sad to see that Darrell Langham is still redshirted. Especially after the crazy catches he’s made this year, like the critical touchdown against Florida State with 11 seconds left in the game.

The U has a fair number of receivers coming back, but their leadership will have to face talented competition in the younger players for the starter roles. There are nine freshmen currently on the U roster, with three recruits being ranked on the ESPN 300 recruiting list. Brian Hightower and Mark Pope were the two four-star recruits that made headlines after signing to play at Miami, but Marquez Ezzard’s addition to the young squad also indicates that he’s going to be a threat. The fact that he’s also been listed as an athlete may hint traits of versatility in the slot and (possibly) on special teams. Miami recruit Daquiris Wiggins seems to also be a sleeper compared to the bigger names, but his highlight shows that he could be a deep receiver with hellish speed and height.

What do you think about the current status of the wide receiver position at the U? Do you think Ahmmon Richards will make a triumphant return? Will Brian Hightower have a standout season? Let us know in the comment section below.