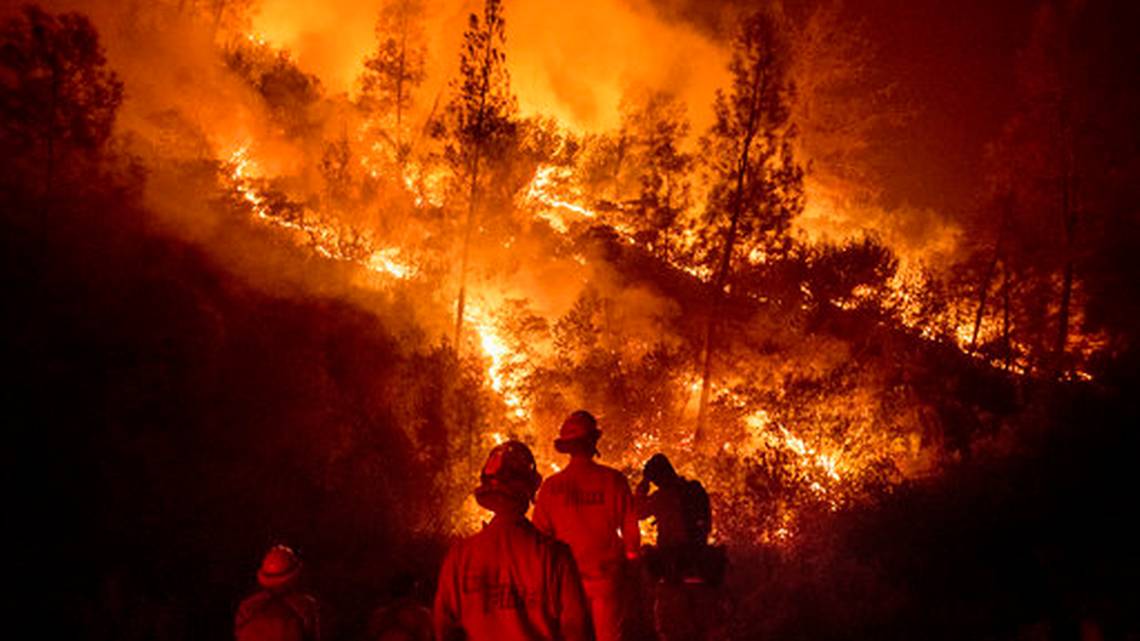 A Northern California fire department said a telecommunications company slowed its internet communications at a crucial command center set up to help fight the largest wildfire in state history.

The county had reached its monthly data capacity under its internet plan that allows Verizon to significantly slow service.

The county first disclosed the issue in a court filing last week in support of a lawsuit seeking to restore net neutrality rules repealed by the Federal Communications Commission.

The technology news site Ars Technica was first to report on the court filing Tuesday.

County lawyers allege that the slowdown — called "throttling" — was caused by the FCC's action, which allows telecommunications companies to slow internet speed to selected customers. Verizon denies the slowdown was related to the lawsuit of the FCC's repeal of net neutrality rules, which required equal data access to all customers. The new rules allow companies to limit access to customers who have reached certain data levels.

Nonetheless, Verizon said full-service should have been immediately restored when fire department authorities told a customer service representative it was responding to a public emergency.

Instead, the representative urged the county to upgrade to a more expensive package, according to an email chain attached to the county's court filing.

Verizon blamed a communication error and acknowledged the fire department's normal service should have been restored more quickly.

"While Verizon ultimately did lift the throttling, it was only after County Fire subscribed to a new, more expensive plan," Santa Clara County Fire Chief Anthony Bowden wrote in the county's court filing.